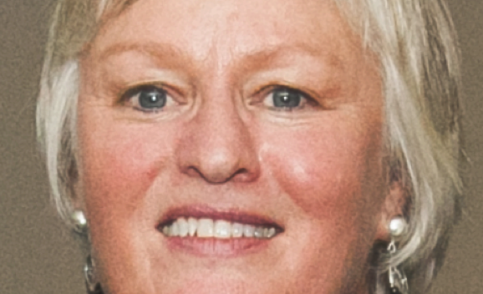 “I am a Hepatitis Hero firstly, to help spread the word about the devastating impact that viral hepatitis can have on those who are infected if they are not able to access proper medical care; and secondly, as a tribute to those very people living with viral hepatitis – they are the real heroes ”

I worked in the early 1990s as a researcher and later a policy adviser, to various federal politicians in Canberra covering health and social policy.  After a decade in Canberra, I was offered a job heading up policy and government affairs for a pharmaceutical company, firstly in Melbourne but later moving to Singapore to cover the Asia Pacific region. As the company was preparing to launch a new anti-retroviral product for hepatitis B part of my job was to understand about the policy and social environment in relation to hepatitis B.

This was a huge revelation to me!  I had no idea about this disease and the enormous lack of understanding about its long term impacts on liver health.  I actually felt personally embarrassed that, despite being tertiary educated, with a decade working in health policy, I had no knowledge…and if I was so ignorant, what did this say about the understanding and knowledge of the condition, throughout Asia and the world?

I spoke to many people living with hepatitis – a young girl in Beijing who very firmly told me that she is a carrier and not a patient – that she is perfectly healthy, willing and able to work if only someone would give her a job.  She showed me the website of a hepatitis B support group, the home page showing a group of people with their backs to the camera to emphasise the stigma and dangers of showing their faces.  I met a senior health official in Hanoi who spoke passionately about family.  He was one of five boys – all four of his siblings had died from the effects of hepatitis passed to them by their mother at birth.  He asked “Why not me? Why don’t I also have hepatitis?  I don’t know, perhaps there is a reason”.

In this way, for the 2000 decade, I learnt about hepatitis, doing everything I  could internally to get funding – both from the pharmaceutical company and its philanthropic foundation, for emerging patient support groups and advocacy organisations that were trying to increase awaress of viral hepatitis.  But funding was limited, the groups were small, disconnected and their struggle was great.

The issues and problems associated with viral hepatitis are so large and universal that it really is only governments that are in a postition to undertake the real public health communication and reform that is needed.  So perhaps it was the perfect storm, when in 2010, I was simultaneusly offered redundancy and the opportunity to help a group of clinicians and other experts set up a regional Asia Pacific group to focus on policy advocacy for viral hepatitis.

I continue to work towards the long term goal of eradicating hepatitis from the region as I know the value of advocacy and I can see that we are starting to get some traction in this most challenging area.

Because hepatitis does not usually have any particular symptoms until the advanced stages, people can go for years without knowing they have it.  During this time, as the virus cotinues to damage the liver, they do not have the opportunit to seek medical advice and treatment if they need it, nor are they able to take precautions to avoid passing it on to others.  We need to let people know that there are treatments that can stop the damage caused by the virus, and in the case of hepatitis C, a cure.  We need to increase knowledge and understanding in the general population to reduce the fear that is often driven by ignorance.”Hepatitis is not a death sentence, but you must take action to ensure you understand your status and seek regular medical advice as to whether or not you need treatment.  For those who do not know their status, if you think you have any risk factors, get tested!”

Jennifer’s message to others:

“Hepatitis is not a death sentence, but you must take action to ensure you understand your status and seek regular medical advice as to whether or not you need treatment.  For those who do not know their status, if you think you have any risk factors, get tested!” 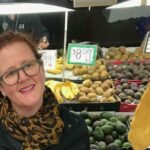 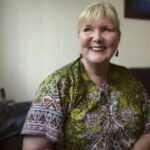 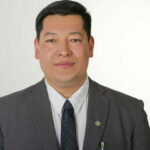 Stories • April 10, 2017
HEP Hero John Gulzari
Read more
View all news
LiverLine
We are here to answer your queries and support you. Call or chat with us online.
1800 703 003
LiverWELL, incorporating Hepatitis Victoria, champions the interests of people affected by or at risk of viral hepatitis and liver disease.