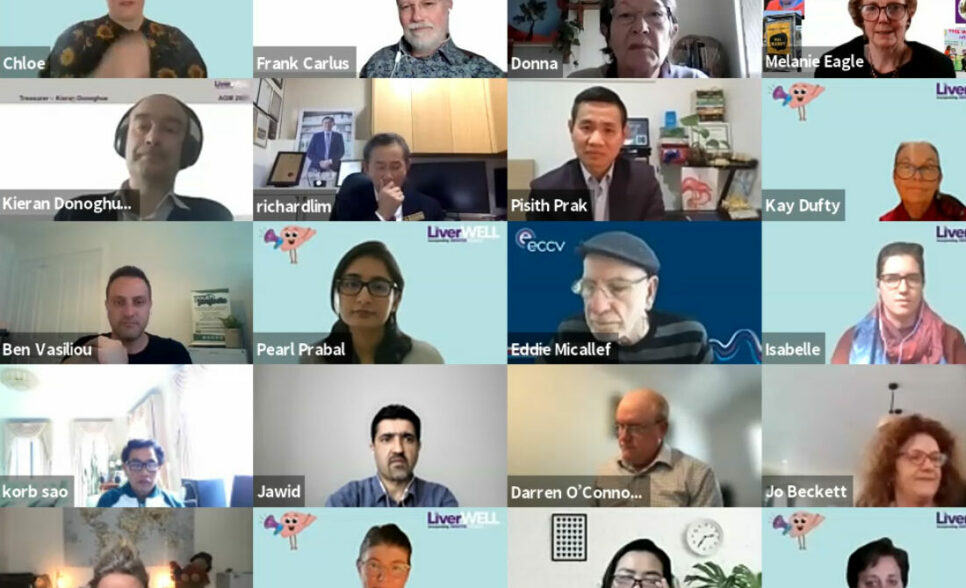 LiverWELL’s Annual General Meeting (AGM) was held on Tuesday 12th October, and was attended by up to 65 people, which included Board Directors, Health and Community members, and staff.

This includes the impact of long term campaigns such as the reduction of tobacco smoking and the next frontline effort to address the impact of sugar in processed foods and drinks.

Reports were delivered by the President, CEO and Treasurer for the last financial year. including the Annual Report.

The AGM then concluded with the Recogniton Awards Ceremony of the following four recipients, with their pre-recorded acceptance speeches.

Jules has made a significant contribution to LiverWELL and the broader community by sharing her own story and lived experience of viral hepatitis. Her advocacy has been particularly helpful in raising awareness and challenging the stigma of viral hepatitis in regional communities, leading to improved care and management for those in need. She has been a wonderful addition to many of LiverWELL’s health promotion events, such as our HEP Ready trainings, and has shown us all the meaningful impact an individual can have in the community through the sharing of personal knowledge and experiences.

SK Media plays a significant role in raising awareness on liver health and viral hepatitis in Cambodian communities both in Australia and internationally. Every week, SK Media promotes health messaging to over a hundred thousand followers through SK Health Time, with appearances from Councillor and pharmacist, Richard Lim, and Cambodian medical doctor, Mr Pisith Prak. SK Media, and its leader Mr Korb Sao, are valued collaborators with LiverWELL’s Priority Populations team, assisting to engage the Cambodian community through livestream talks, interviews, and promoting our educational videos.