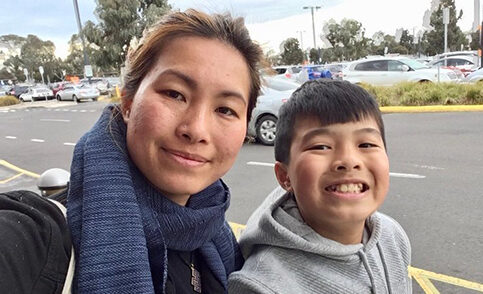 Sidney Vo is appealing a Federal Government decision, based
on her hepatitis B status, that means she and her 12-year-old son Billy have to
leave Australia by the end of the month. Read more background to the story here.

Her case has been widely publicised and by mid-September an
online petition of support had received over 22,000 signatures.

Sidney speaks about her situation and in particular the unexpected
stigma and discrimination she has experienced since going public.

“It’s not fair for people like us to get discriminated against,”
she says.

“We didn’t choose to have this disease -I call it an
ailment- it’s not serious if we take care of it, and what we need is more
people to take the test.”

Only 7% of people living with hepatitis B in Australia are
getting treated while the other 93% of people “…are hiding maybe because of the
stigma and discrimination, they don’t want to tell doctors they have hepatitis B.”

“I feel like a victim of old-fashioned guidelines…” Sidney
says. “After I went public I was contacted by people who
are now overseas who say they had the same situation but left Australia without talking about it, maybe because of the stigma.

“If everyone chose to pack up and go, who would be the one to
stand up for us? I am doing this not just for myself but for the hepatitis B
community.”

Listen to the podcast.