Mind your language and use words that reduce stigma 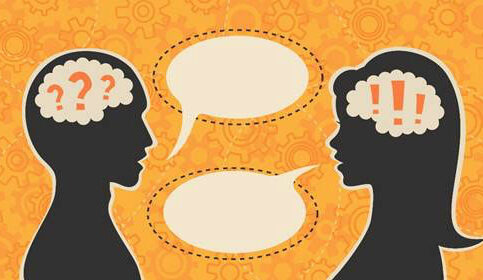 A new Hepatitis Victoria guide called #LanguageMatters challenges us to think about the way we think, talk and write about viral hepatitis and how our words can (intentionally or unintentionally) stigmatise and hurt people living with hepatitis B or C.

“The way language is used – both written and verbally – has a powerful influence on shaping our own view, public perceptions and how we see ourselves,” said Hepatitis Victoria Stigma Response Coordinator, Jack Gunn.

“Stigmatising language towards viral hepatitis can have a hurtful and marginalizing effect on a person. The purpose of the guide is to minimize the stigma and discrimination surrounding viral hepatitis by changing the way we think and talk about it,” said Jack.

#LanguageMatters provides simple alternatives to stigmatising words and phrases.  For example, instead of ‘carrier’, ‘infected’, ‘diseased’ and ‘contaminated’ the guide suggests replacing them with, ‘person living with hepatitis B or C’.

“This might sound like a case of political correctness, but we know that stigma against hepatitis B and C is one of the main reasons people avoid getting treatment until it is almost too late or don’t get any treatment at all.

“In this sense, it is no exaggeration to say that the wrong words can kill. Every week up to 6 Victorians die from viral hepatitis related liver disease, which is the same number of deaths as the state roll toll and liver cancer is one of the fastest growing causes of cancer in the country.”

Jack said he had found many recent examples of stories from the Herald Sun, The Age and News Corp using stigmatising terms such as ‘tainted blood; dirty needles; infected’.

A story in The Age on 9 October 2018 mentions a person living with hepatitis C and uses a quote revelling in her fears.

“It’s an egregious example of using the words of a person living with hepatitis in a voyeuristic and quite lurid manner,” Jack said.

“In my view ‘do no harm’ should be part of the media’s mantra, and it would have been better to have excluded that quote altogether,” he said.