Fatty liver, NASH and the importance of more awareness 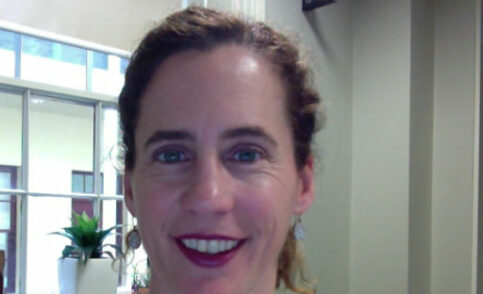 Dr Marno Ryan is a Gastroenterologist and Hepatologist at St Vincent’s Hospital with a special interest in fatty liver disease, a condition that is fast becoming a serious health issue not only in Australia but throughout the world. Fatty liver is the now the second most common indicator in Australia for liver transplants.

In a Hepatitis Victoria/LiverWELL podcast, Marno says that while 30% of the population in Australia has some fat in their liver, not everyone will go on to develop more serious liver health issues.

“People who are perhaps a bit overweight or obese and have other metabolic risk factors like diabetes are likely to have some fat in their liver,” she says.

But most people have absolutely no symptoms at all and it’s not only obese people who have fatty liver.

“Often the condition is only revealed incidentally with a liver test or an ultrasound scan,” Marno says.

The liver condition to really worry about however, is non-alcoholic steato-hepatitis (NASH) which affects 2-5 % of the population. NASH is an inflammatory condition where the fat has irritated the liver and caused inflammation, leading to scarring and cirrhosis.

“We are trying to work out why some people go down the path of inflammation and cirrhosis, and others don’t, but it seems to be related to the number of metabolic features a person has.”

NASH can be determined by an ultrasound, blood test and potentially a fibroscan.  “The only way to really know is to do a liver biopsy,” Marno says.

So, what can people do who think they might be living with NASH?

Marno says that people living with diabetes who have a BMI over 30 should get a blood test and potentially an ultrasound.

“The most important thing people living with fatty liver can do first is manage their other metabolic conditions such as diabetes. That means controlling sugar intake, managing blood pressure and cholesterol, and losing weight.”

Losing between 5-10% of body weight can make a really positive difference she says but weight-loss is difficult and everyone struggles.

Marno says the Mediterranean diet is best. “I recommend that people have fish 2-3 times a week, eat avocados, tree nuts and green leafy vegetables, and have less red meat and carbohydrates.

“Avoid simple sugars, fructose is particularly bad, its converted directly into fat. High-fructose dinks are a problem,” she says.

Are there any ‘super’ foods or drinks that aid liver health?

“Coffee has been associated with reversing liver scarring and fibrosis, but if you have a latte with multiple sugars, it’s not going to be as good for you as an expresso.

“I think it is really important to remember you don’t have to lose a lot of weight to get better, you only need to lose a small amount of weight,” Marno says.

Finally, Marno talks about the importance of raising awareness of liver health.

“We need to cast the net wide… it’s a growing issue and there needs to be more awareness,” she says.

“I am really happy about how Hepatitis Victoria is bringing this to be more of a focus, because it has been something people aren’t really aware of… so I think it’s great we all know a lot more about NAFLD now.”