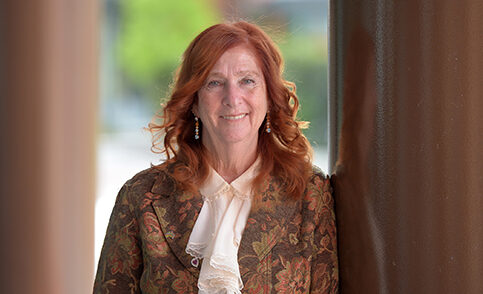 Cr Roz Blades has led a long and distinguished career serving the diverse community where she lives. In November 2018, she became Mayor of the City of Greater Dandenong for the fourth time. And now, in recognition of the tireless work she and the Council do to raise awareness of the need to combat viral hepatitis, she has been awarded the title of Hepatitis Victoria ‘HEP Hero’.

“Being a HEP Hero is valuable if it helps the community at large understand hepatitis… the more people become involved, the better,” said Cr Blades.

Hepatitis Victoria has appointed more than 70 HEP Heroes, who hail from all walks of life. They are people with lived experience of the condition, health workers, teachers, sports stars and a Nobel Peace Prize winner. They have one thing in common; the desire to help raise awareness and fight discrimination against people living with viral hepatitis.

“I am very proud of being Mayor of the most multicultural city in Australia and want the best for our people, in as much as providing information about viral hepatitis.

“I first came into contact with hepatitis during my discoveries about the needle and syringe exchange programme and how viral hepatitis can be contracted. I am aware though that there are other ways of contracting hepatitis. I have read a lot about it and go to seminars when possible,” Cr Blades said.

Cr Blades comes from a community and private health background and understands the importance of fighting viral hepatitis especially in communities where prevalence is highest. If detected early enough, hepatitis B and hepatitis C can be managed and (for hepatitis C) most cases cured. Sadly, the ignorance and stigma surrounding the conditions mean many vulnerable people don’t get tested, and even when they do, shun treatment

“I want to pass that knowledge on by being a HEP Hero… it is imperative in a multicultural community to work with our many different community groups to explain the disease. I am a great believer in the provision of health information and as such we as a city have a responsibility to provide this information.”

Hepatitis Victoria CEO Melanie Eagle said it was “…terrific to have Cr Blades as one of our HEP Heroes.”

“Cr Blades says some very important things about catering for the needs of the community and particularly the multicultural dimension – which is done so well in Dandenong,” she said.

Cr Blades succeeded Mayor, Cr Youhorn Chea, another great supporter of raising awareness who also received the HEP Hero title.  This is the first time a Council’s mayors have been awarded the HEP Hero title in succession. We are also thank you for the support of the inaugural HEP Hero and former Mayor, Cr Heang Tak also from the City of Greater Dandenong.

According to the Doherty Institute’s National Mapping Project Report 2016, 2.13% of the population in Dandenong is living with hepatitis B compared to .98% for the rest of the South-East Melbourne Primary Health Network region. The rates of treatment uptake and care in Dandenong are 14.8% and 41.9% respectively which are better than the region as a whole (8.5% and 22.1% respectively).

1.34% of the Dandenong population live with the hepatitis C compared to .79% in the South-East Melbourne region with 20.8% taking up treatment compared to 25.1% for the region as a whole.

6 Victorians die each week from viral hepatitis related liver disease, the same number of deaths as the state road toll.