Sidney Vo appealed a Federal Government decision, based on her hepatitis B status, that means she and her 12-year-old son Billy will have to leave Australia. Her case has been widely publicised, including an  online petition of over 30,000 signatures supporting her case. Sidney’s experience has galvanised her to speak out.

After I went public about my case and hepatitis B, I was contacted by people who are now overseas who say they had the same situation as me, but left Australia without talking about it, maybe because of the stigma.

If everyone chose to pack up and go who would be the one to stand up for us? I am doing this not just for myself but for the whole hepatitis B community.

It’s not fair for people like us to get discriminated against, it wasn’t our choice as we didn’t choose to have this disease -I call it an ailment- it’s not serious if we take care of it, and what we need is more people to take the test.

The incredible fact is that only 7% of people living with hepatitis B in Australia are getting treated, while the other 93% of people are hiding, maybe because of the stigma and discrimination, they don’t want to tell doctors they have hepatitis B.

But I feel overwhelmed by the love and support I have received from the community and personally, people who didn’t know me before have heard about my case and they have signed my petition and sent text messages to encourage me to keep motivated, but also I have experienced a lot of discrimination against people like us, with hepatitis B, I could feel the vibe, and it made me feel a bit down.

The stigma and discrimination is still there from people who don’t understand hepatitis B.

Sidney’s message to others…

We need more education and more research to challenge the stigma and change people’s attitudes. I want to help people understand more by talking about my case and raising awareness. 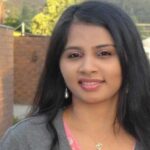 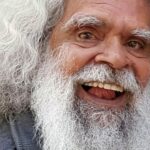 Stories • February 17, 2020
HEP Hero Uncle Jack Charles
Read more
HEP Heroes stories
LiverLine
We are here to answer your queries and support you. Call or chat with us online.
1800 703 003